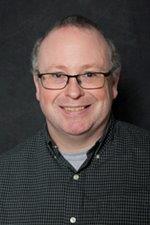 As Affiliate Services Manager, Peter’s primary responsibilities relate to HFHI support strategies for rural and small affiliates. Peter works closely with the newly-formed Rural Affiliate Advisory Group which is a sub-committee of the HFH US Affiliate Council. The Group is actively advising on efforts to enhance training, communications, informational resources, and support.

Peter has held resource development positions with HFHI, HFH-North Central Philadelphia, and a school for adults with disabilities. As the founding president of an HFH Campus Chapter, he served as a board director with the Raquette Valley HFH affiliate in his native, rural northern New York. Peter has been with Habitat for Humanity International’s field office since 2000.

Peter has a BA in Government and in Environmental Studies from St. Lawrence University. He has certificates in Community Engagement, Organizational Therapy and Process Consultation, and Team Management. He lives in Hudson, Massachusetts.